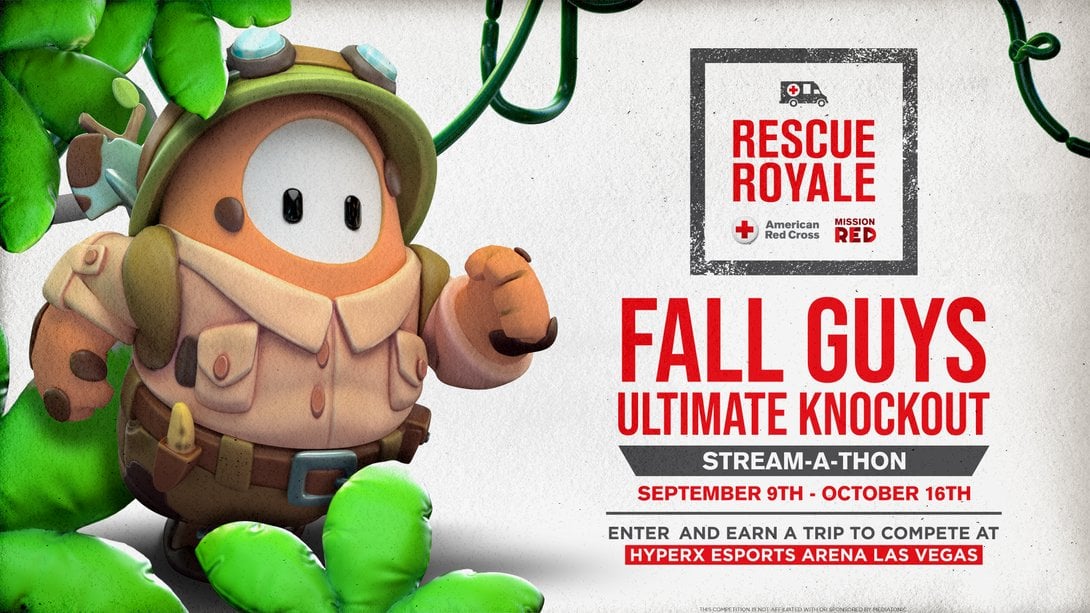 Non-profit humanitarian organisation American Red Cross has chosen entertainment company Allied Esports to produce its inaugural ‘Rescue Royale’ charity esports tournament and streaming event.The event, which has been created to support disaster relief, sees individuals compete in the Rescue Royale Fall Guys Tournament.RELATED: Allied Esports and NASCAR launch gaming truck tour According to the release, the top 20 qualifiers will win a free weekend trip to the HyperX Esports Arena Las Vegas on October 16th to play in the finals.Qualifiers will also be able to participate virtually.Alongside the tournament, gamers and streamers can also register for the event’s month-long ‘stream-a-thon’ and fundraise on Tiltify.Individuals can then start their own Rescue Royale Disaster Relief charity stream on their preferred platform.Jud Hannigan, CEO of Allied Esports, commented: “Disasters impact a tremendous amount of people around the country every day and the American Red Cross is the first name you think of when it comes to helping people in need.

“As gaming and esports have gained mainstream popularity, especially since the onset of the pandemic, people have come to learn how incredibly aware and giving the gaming community can be.

We are honoured and excited to work with the Red Cross on this important initiative.” Rescue Royale will commence on September 9th to October 16th with donations coming from the tournament, finals and streaming fundraiser event supporting Red Cross Disaster Relief.Whether it’s a solo campaign or with a group, gamers that fundraise will also compete for prizes and giveaways.RELATED: Allied Esports announces the launch of AE Studios Nathan Groce, Director, Consumer Fundraising at the American Red Cross, added: “We are thrilled to launch our first Rescue Royale esports tournament, which offers a unique opportunity to provide life-changing aid to people impacted by crises across the country.“Every day we see the heartbreak and devastation disasters inflict, and we need the gaming community to get into the game and come to the rescue of those in need.” Esports Insider says: It’s great to see esports being used as a tool to support good causes.It’ll be interesting to see how many people participate in both the fundraiser and the tournament.As esports continues to gain momentum, more initiatives like this are likely to be created as it helps reach younger audiences.ESI’s 2021 Events Calendar .