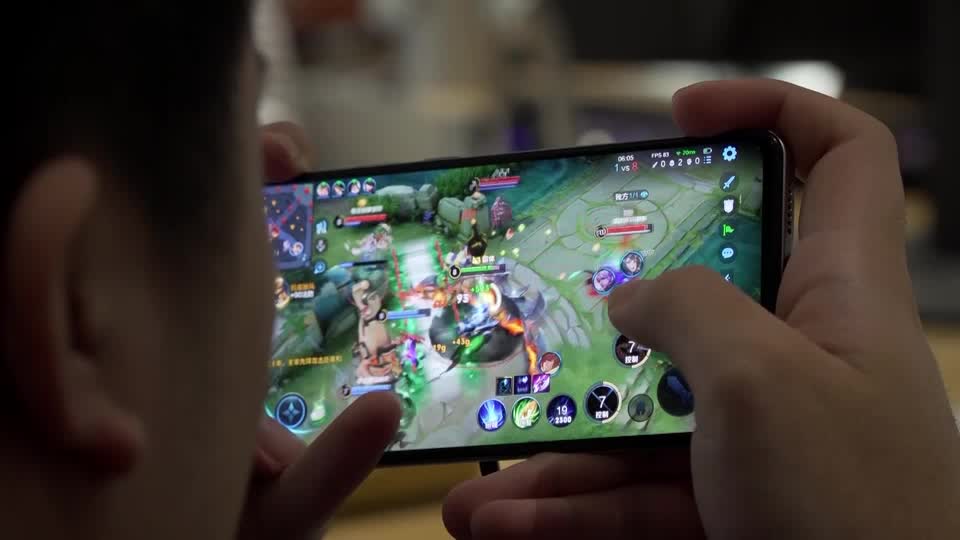 The Rogue Warriors is an esports gaming team based in Shanghai, China.

They train for hours on end in a three-floor building with dorms and a canteen.

China has the world’s biggest esports market with an estimated 5,000 teams, but the government’s tough new rules aimed at curbing gaming addiction are set to make professional careers more difficult.

Gaming companies were recently tasked with limiting online games for teens and kids to just three hours a week.

Wu Xinliang is a Rogue Warrior trainer and says the new time limits are not enough his gamers.

“I think there are many similarities between the difficulty of e-sports to win the championship and the difficulty of traditional sports to win the championship.It is also very difficult.As far as I know, for example, track and field athletes need to spend a lot of time training to improve by one second, and it takes a month or countless times a week for our team to cooperate in team battles.These are very similar.”

Top esports players are typically discovered in their teens and retire in their mid-20s, and some experts compare the intensity of their training to that of Olympic athletes.

Although the new rules will make it more difficult for talented gamers to be noticed, Senior Esports Analyst, Alexander Champlin, says the biggest players will still find a way.

“I think, on the one hand, we will see the most dedicated players, the people that were likely to become e-sports celebrities one way or another, continue to find ways to either circumvent these regulations or sort of work within them to continue to pursue careers in gaming.However, I think it has the potential to affect the cultural standing of e-sports and competitive gaming at a grassroots level.”

The restrictions undermine the big business of esports in China, a multibillion dollar industry.

State-run People’s Daily estimates there are more than 400 million esports fans in the country, and one Chinese consultancy firm said the market was worth some $23 billion last year.

Meanwhile, Chinese authorities have not addressed the potential impact the new rules will have on the industry..