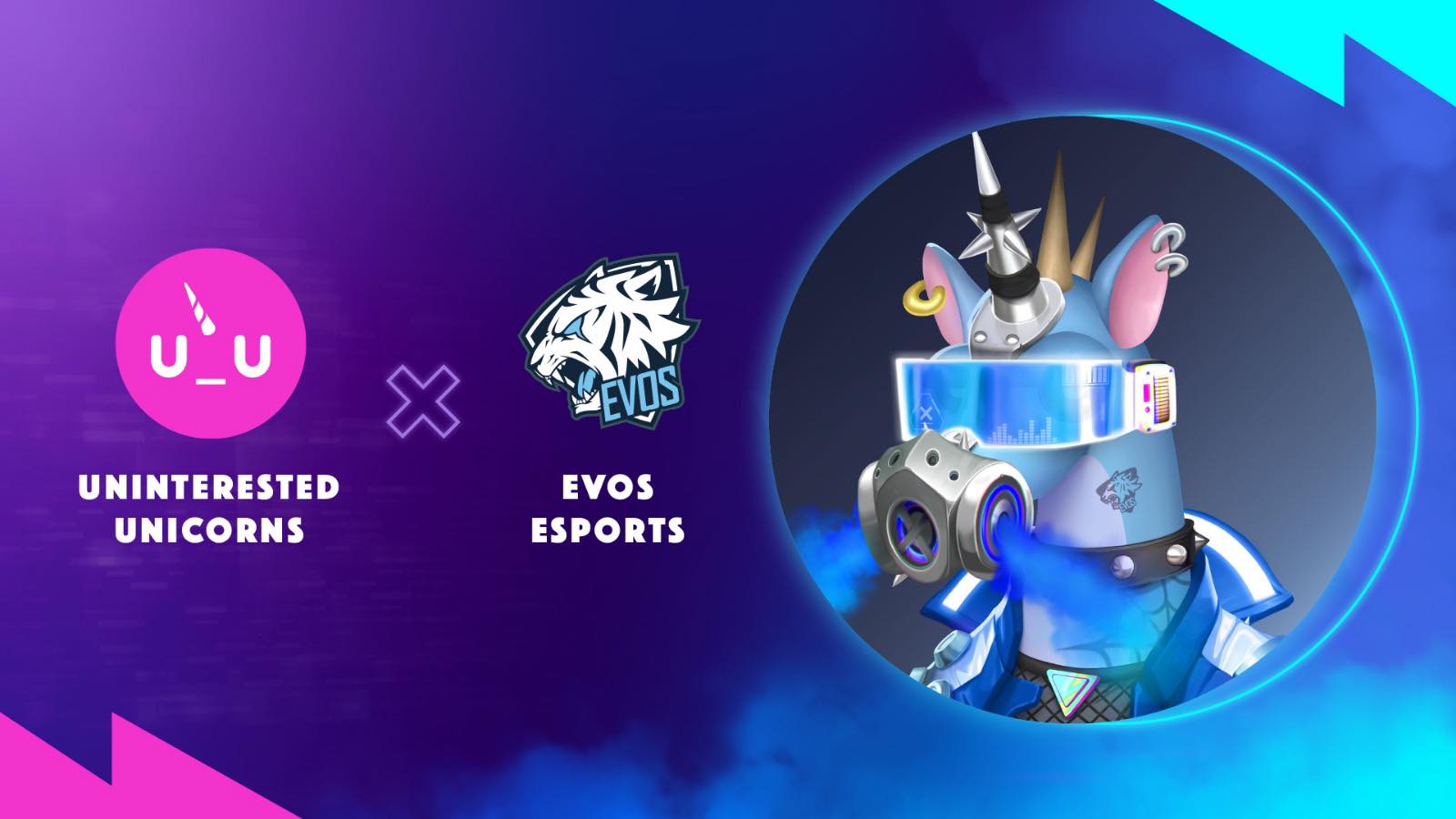 As a result of the partnership, EVOS will have its own ‘fully customised and branded’ NFT via the project’s Mythical Unicorn collection.

According to the release, the collection is reserved for NFT and Blockchain influencers with EVOS becoming the first esports team to be featured.

Regarding the partnership, Ting stated: “Our goal is to introduce the esports & gaming audience to the NFT space, through this innovative first collaboration between EVOS Esports and our Uninterested Unicorns.”

Over the last 12 months, EVOS Esports has secured a range of notable partnerships with the likes of PUMA, Yamaha, Indonesian financial service company Bank Mandiri, among others.Moreover, the organisation recently joined forces with Nexplay Esports to create a Mobile Legends: Bang Bang team.

Uninterested Unicorns is set to have its first public sale in September 2021.It has been announced that 6900 NFTs will be built and sold via the Ethereum blockchain.

Ivan Yeo, Chairman of EVOS Esports, added: “We are always exploring new spaces and the NFT space is definitely an area which is extremely interesting and the work done at Uninterested Unicorns goes inline with our goals at EVOS Esports.”

Esports Insider says: NFT partnerships have become incredibly common throughout 2021, particularly in the Western world.As such, it was only a matter of time before Eastern NFT agreements started to rise in prominence.EVOS has established a strong commercial portfolio this year, so it’s not a surprise to see the organisation become one of the first SEA teams to secure an NFT deal.