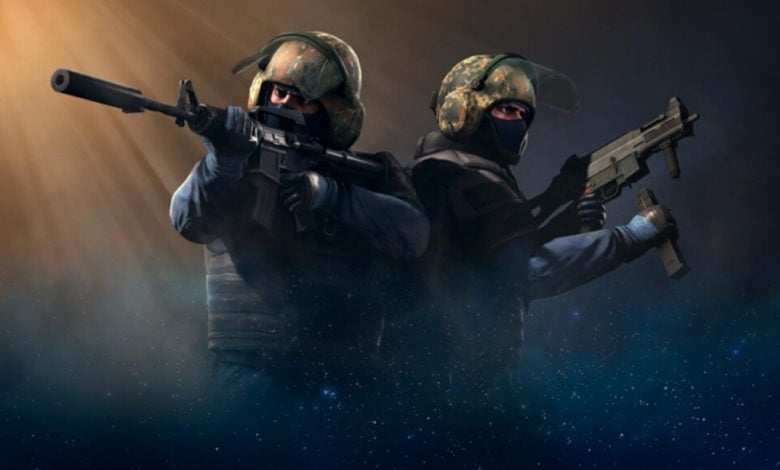 In this piece, Ben Steenhuisen, Senior Software Architect at Bayes Esports, details how Bayes analyses kills and deaths (KDR) inside the esports industry’s top games, and how to add context.Data models by Darina Goldin, Director of Data Science at Bayes Esports.

In many esports, the top-level statistics and scoreboard can be very misleading — even to more seasoned analysts or hardened fans.In DOTA 2 you can, for example, win the game despite being behind by over 40,000 gold and having just one building left on one health point.CS:GO is no different — a team that seems to be ahead in rounds might not be far enough ahead given the side of the map they started on.The problem is even more apparent when looking at individual player statistics: many key statistics are not visible, and the ones which are visible are often simple aggregates — devoid of any context of the underlying events.

Let’s take a closer look at this problem, with a focus on CS:GO.

Due to the nature of the game, the most commonly discussed player performance statistics are kills and deaths.

Often it is summarised as KDR — kills over deaths, the kill-death-ratio.In a 2017 article, Christopher Sardegna explored the problems with the HLTV rating (a commonly used player performance metric), showing how ~88 percent of the changes in HLTV 1.0 Rating are explainable via KDR when analyzing the data as a linear regression.

This is bumped up to 93.2 percent when considering Total Kills and Total Deaths as separate features (also as part of a linear regression).

Let us take a deeper look at this.

Instead of just counting the kills and deaths, we need to see the exact context in which they occur, since every single kill and death happens in a slightly different situation.

Sometimes terrorists die defending the bomb, or a player will be the first one to breach a choke-point in order to distract the defenders.A key example is the very common occurrence of eco rounds, where one team can not afford to purchase expensive equipment.

This team can attempt to be aggressive with just their (free!) starting pistols — knowing that the odds of success are slim but their investment into the round is minimal.If the team dies, should these kamikaze deaths count toward the player’s performance?

This means that when people are discussing the performance of a player, the primary statistics considered are currently Total Kills and Total Deaths.The way in which we look at these kills and deaths are primarily as aggregates — without any contextualization of the individual events that they represent.

The only worthwhile approach to this conundrum seems to be to decompose a round into its discrete events (such as kills, deaths, bomb plants, bomb defuse attempts, saving a gun for a future round, movement around a map, and so on) and then evaluate the impact of each of those on key indicator metrics like Round Win Percent (short term), or Map Win Percentage (a longer-term metric), and then wrap each up separately as aggregates.

In our initial research on this topic, we decided to keep it simple and quantify each separate kill and death event using a slimmed-down round winner probability model, and ignore propagation between events.This model includes key parameters such as map, bomb state, and player stats (including equipment), is well calibrated, and is functionally similar to the live odds predictors we use here at Bayes Esports.We parsed over 170K rounds of gameplay from 6423 CS:GO pro match replays (~26.5 rounds per game on average).For each Kill and each Death we evaluated the Round Win Percent metrics before and after the death event.

When we take the average net increase in round win percent from kills and subtract the shift due to deaths, we’re left with a “round impact” for a player.

We can repeat this for all players to see the underlying distribution – and outliers.

In terms of residual value, we have some noteworthy outliers:

– Jame (Virtus Pro) with +4.11% residual round win impact, and high impact (24.6% average round win shift due to his kills & death).Since he is primarily a sniper (awper) and they are expensive guns to acquire, he will likely be punished more heavily for his deaths in a Map Winner model (longer term compared to this Round Winner model).

– YEKINDAR (Virtus Pro) with only +0.93%, but 24.2% impact – very heavily impacted by his dual role as an awper and an entry fragger (high risk high reward for first kill or first death pushes this stat up)

– sh1ro and Ax1Le (both Gambit Esports) with +3.27% and +2.58% average impact should hardly be a surprise given their great team performance.

Like Jame, sh1ro’s deaths will be more significant in a longer-term model.

This model can be expanded upon by evaluating more event types, as mentioned above, and there can also be a differentiation made between the overall goal of a game of CS:GO which is to win 16 rounds, versus the obvious implicit subgoal which is to win the current round.Another interesting topic is quantifying these underlying statistics based on the strength of an opposing team – killing a player on a skilled team is more difficult than killing a player on a less skilled team.

Naturally, some of these events are related — a death has a default net negative value for your team, but this loss is mitigated (and in some cases overturned) by a variety of other factors such as information gathered, planting a bomb just before the round ends, defusing a bomb, distracting an enemy, etc.

This means each individual event needs to be evaluated considering the potential impact/influence on other related events (spatially, or temporally) around it.

Overall this is just a first step into a very much open and expandable topic but at the same time illustrative of how simple contextualization of individual events can bolster their value.

Even though we only considered kill and death events, by preprocessing and contextualizing the data we hopefully refine the data to be more accurate and descriptive of the underlying performance of the players.