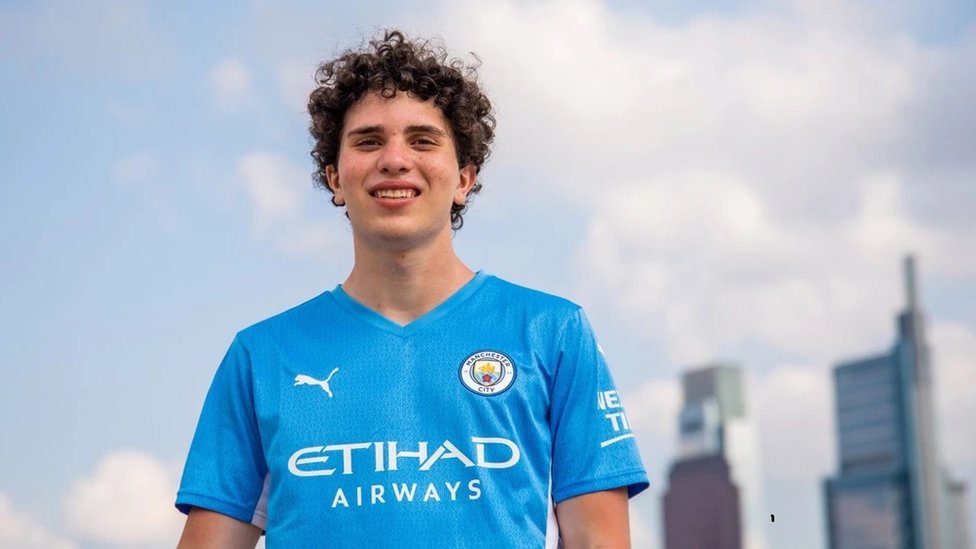 Manchester City have signed their first ever Fortnite player! 16-year-old Aidan “Threats” Mong, from Pennsylvania in the US, will officially represent the club in future Fortnite tournaments.His signing comes after a campaign, which started in June, aimed at finding a world class Fortnite player to join the club on an e-sports contract.As part of the club’s global search, candidates had to submit a video explaining why they should be chosen to be the newest member of Manchester City Esports.Aidan, who got into video games at a young age, first started playing Fortnite in October 2017.

He soon realised he could compete at a high level and started qualifying for events and placing well.

However, it wasn’t until December 2020 that he began taking his training more seriously.Manchester City’s newest e-sports member will now receive a year-long contract with the club, plus an all-expenses trip to the Etihad Stadium in Manchester.

“Being selected as the first ever Fortnite player to sign for Manchester City means everything to me,” the 16-year-old said.

“Like most Fortnite players, I dreamed of joining a team, but I never could have imagined being part of an organisation like City.”I am ready to represent Man City Esports and continue their winning tradition in the competitive Fortnite scene.Let’s go!” Aidan made his debut for Manchester City as part of the DreamHack Open which took place from 7 to 10 October.He’ll also be competing in the Fortnite Champion Series later this month, playing in a trio alongside two other players.What do you think of eSports? Would you like to be a pro player? Let us know in the comments..