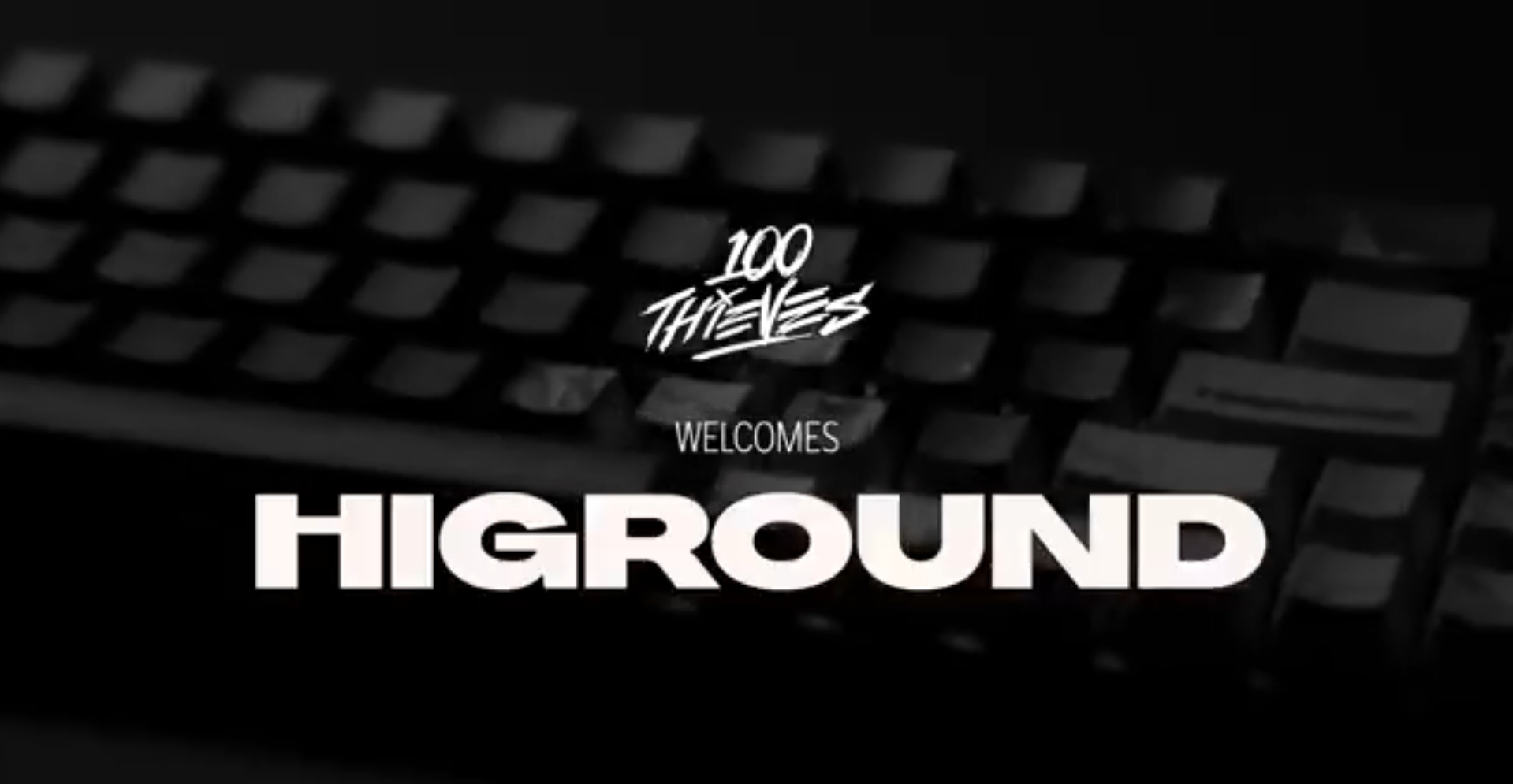 North American esports organisation 100 Thieves has announced the acquisition of gaming keyboard brand Higround.Alongside the announcement, the two companies also revealed the release of a 100 Thieves themed Higround keyboard, the first in a series of collaborations.Details regarding financial figures of the purchase have not been disclosed.RELATED: Misfits Gaming finds keyboard provider in Matrix Keyboards Founded in 2020, Higround is known for its limited-edition keyboards sold in ‘drops’.

According to the company, all of its past drops were sold in record time and the brand has even previously partnered with headphone brand Beats.Despite primarily being a competitive esports organisation, 100 Thieves has also been associated with lifestyle and apparel culture.The organisation has already tapped into these markets through limited-edition merchandise and apparel lines.

Moreover, 100 Thieves recently partnered with American rapper Lil Nas X for a video themed around its League of Legends World Championship 2021 campaign.The boutique keyboard company will remain an independent brand within 100 Thieves.Moreover, the brand also announced through The Verge that it will eventually offer products that are always available, not just in drops.

Higround Co-founder Rustin Sotoodeh explained: “A lot of thought has gone into that, like the orange PCB and all that.That was what my co-founder and I wanted to create.

But with the help of 100 Thieves, we’ll be able to create some really, really crazy stuff while also still being independent, of course.” RELATED: 100 Thieves collaborates with Lil Nas X ahead of Worlds 2021 Group Stage The mechanical keyboard market is rapidly rising, with companies that produce niche keyboards securing partnerships with esports organisations such as Misfits and esports brands such as Bad Moon Talent.In addition, esports brands, such as Fnatic already, have hardware offerings.Esports Insider says: 100 Thieves is known for its marketing and its connection to lifestyle brands, and while acquiring a mechanical keyboard brand might not seem like much, the two companies have the opportunity to be at the forefront of a niche market.