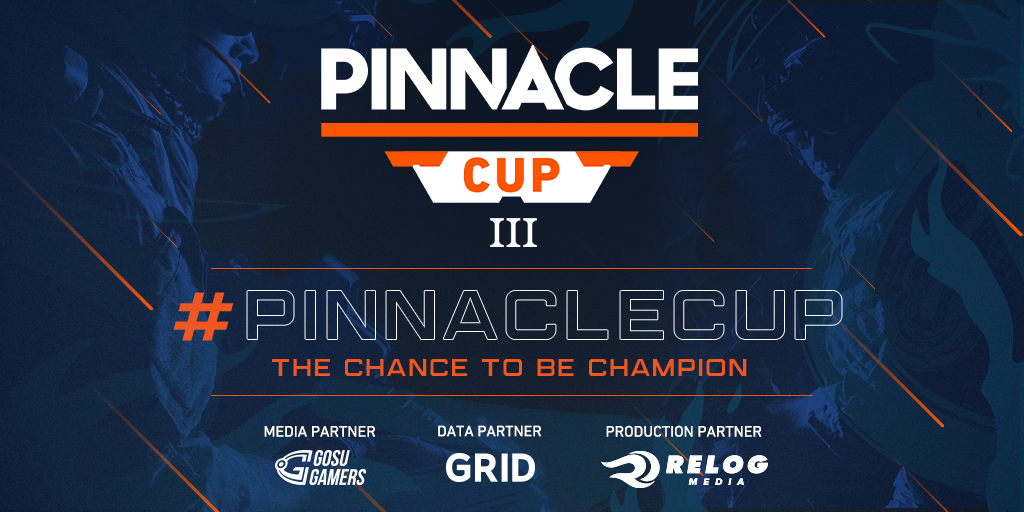 Pinnacle has also revealed that the winner of the event will qualify for the Pinnacle World Cup LAN, which is scheduled for 2022.The winning team will join Gambit and Spirit in the finals.

Similar to its previous editions, the Pinnacle Cup will feature a group stage, Swiss stage and playoffs.Some teams will be directly invited to compete in certain stages of the competition.

As a result, it has been announced that CPH Flames, HAVU, Forze, Dignitas and SKADE, among others, will be invited directly into the Swiss stage.

In total 12 teams will be invited into the Swiss stage, with four unannounced teams being added into the playoffs.Other teams competing in the group stage include LDLC, GamerLegion, KOVA and Galaxy Racer.

The bookmaker has once again partnered with tournament organiser Relog Media to help produce the event.In addition, esports data platform GRID has been named as the event’s exclusive data partner and GosuGamers will be Pinnacle Cup’s official media partner.

Broadcasts of the event will take place on The Esports Bible, via its official Twitch channels.

This is Pinnacle’s fourth esports tournament of 2021.

Alongside its three CS:GO events the company also expanded the Pinnacle Cup into Dota 2 in April.

Esports Insider says: More high-quality competitions will undoubtedly help the CS:GO scene, so it’s good to see the Pinnacle Cup return for its third edition.It is interesting to see how many more Pinnacle Cups there will be before the bookmaker’s LAN event in 2022 and whether tier-one organisations will be directly invited to the tournament.