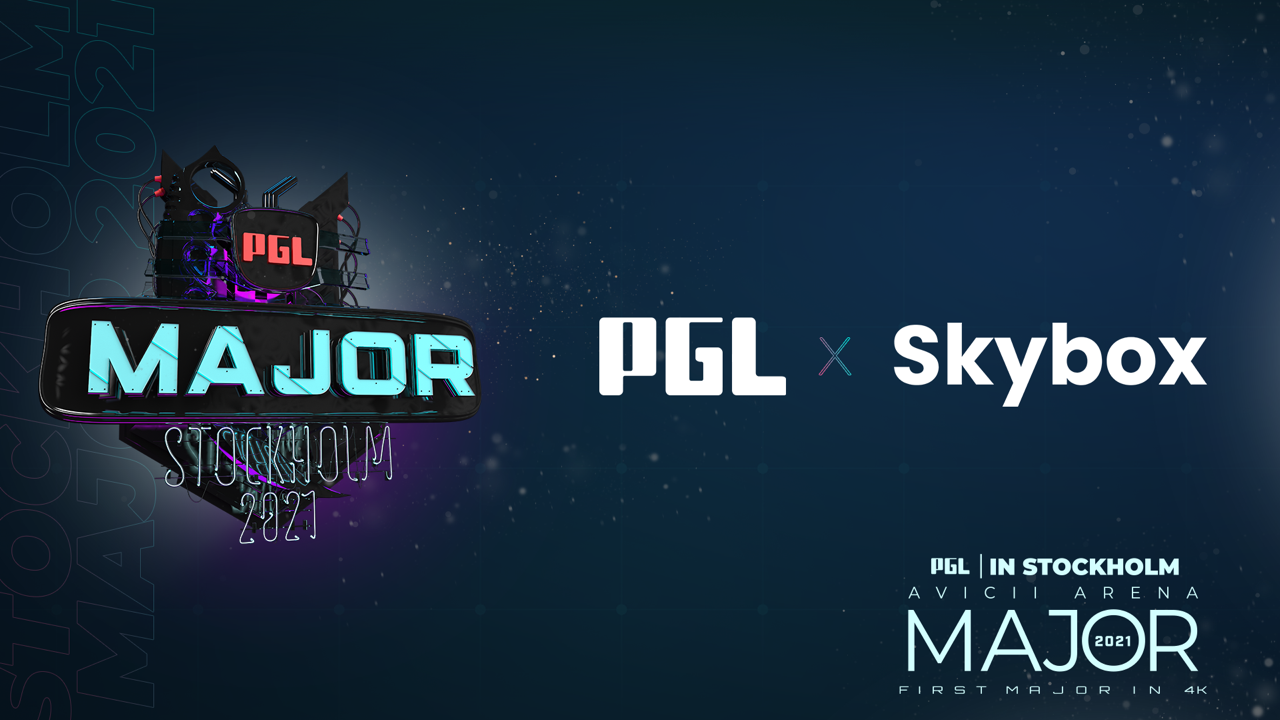 As a part of the agreement, PGL will use Skybox Technologies’ 3D match visualisation and analysis software.This will power both real-time and post-match insights and analysis during broadcasts of the event.

Silviu Stroie, PGL’s CEO, spoke on the announcement: “We are preparing a tremendous Major in Stockholm, and we want to work with the best names in the industry to have a legendary show.

“We have an outstanding talent lineup, and having Skybox as partners will allow us to enhance the analysis segments and offer our viewers the clearest picture over the best strategies in the world.Complex plays need to be carefully explained, and this is our main goal behind this collaboration.”

In addition, Skybox technologies will also provide its services to media holding company WePlay, responsible for the Russian language broadcast of the major.The event is set to take place from October 26th to November 27th at the Avicii Arena in Stockholm, Sweden.

Anders Blume, Skybox Technologies Co-Founder, commented: “We are extremely proud and honoured to be working with PGL for the upcoming Counter-Strike Major, helping to provide real-time analytics and visualisation for analysts and fans alike.

“This is a big step for Skybox and we look forward to helping make this the best Major ever.”

We are extremely happy for the opportunity to work with such exceptional companies on such a huge event.

“PGL has some awesome things in store for the global production and WePlay have gone all-in for the Russian language regions.It’s going to be a very exciting tournament with amazing production and the Skybox team are proud to be contributing to this”.

Esports Insider says: Based on the recently announced partnership deals for the PGL Major Stockholm 2021, it seems that PGL is placing a great emphasis on data insights and analysis.Both of these are necessary for enhancing the tournament experience for those involved, from spectators to athletes to sponsors.It will be interesting to see how these partnerships will help improve the event in this regard.