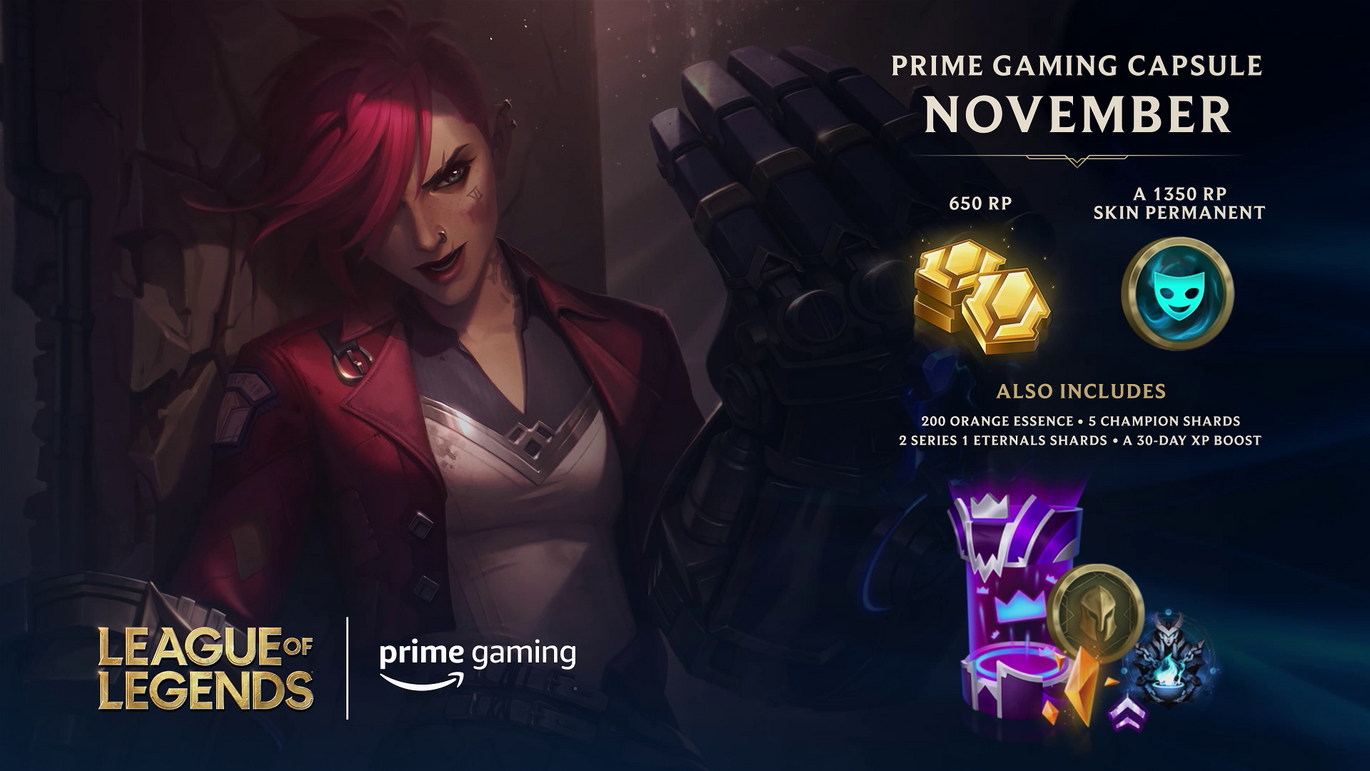 Prime Gaming will also become a global sponsor across Riot Games’ esports titles.The partnership, set to run through 2022, will include sponsorships of League of Legends competitions in North America and EMEA regions.

Prime Gaming has been providing its subscribers with in-game items in League of Legends since 2018.This is, however, the first time the two companies have collaborated across multiple games.

Users who have both a Riot and an Amazon Prime account only need to log in and link their accounts to receive the in-game rewards when they become available.

Sylvia Ko, Corporate Business Development Lead for Riot Games, said: “Now, in Prime Gaming we have a partner that shares our focus in making it better to be a player, not only through games but also through broader entertainment experiences players would want to engage in, including Arcane and our esports.”

Prime Gaming will have a presence across multiple VALORANT Champions Tour events in 2022, as well as 2022 Wild Rift esports events.

As a part of the collaboration, Amazon Prime and Riot Games account owners will also be able to receive an exclusive League of Legends esports emote called ‘Happiness Overload’.

Earlier this year, Amazon was also the partner of European Masters 2021.

Esports Insider says: Although Riot Games and Amazon have collaborated in the past, this cooperation is on a much larger scale than before.It includes all of Riot’s games, as well as real-world events and esports tournaments.For Riot, partnering with one of the largest companies in the world is surely a great step in the right direction..