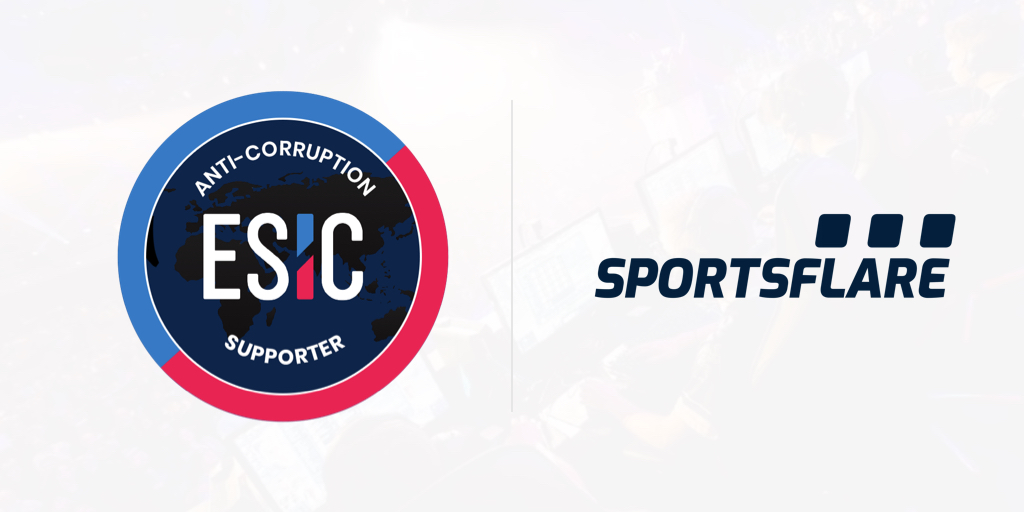 Tiidal Gaming Group’s betting division Sportsflare has been named as the latest company to join ESIC as an anti-corruption supporter.

Sportsflare will also aim to work against match-fixing and betting fraud within the esports industry.

Commenting on Sportsflare’s membership, Ian Smith, ESIC Commissioner, commented: “We are excited to have Sportsflare join ESIC as an Anti-Corruption Supporter.Sportsflare is dedicated to playing its part in maintaining the integrity of esports.

The company joins a large number of esports-focused betting companies that have joined ESIC as an anti-corruption supporter.This includes known names such as Parimatch, Loot.bet, Betway , Unikrn Esports, and GGBet.

Kenny Jang, Founder, and CPO at Sportsflare commented: “We are thrilled to become a member of ESIC and are looking forward to our long-term involvement.Cheating, corruption, and fraudulent behaviour have no place in esports betting, and our membership shows our commitment to upholding and protecting the integrity of the esports betting industry.

Recently, ESIC had 35 North American esports players investigated for match-fixing and the entity is currently working with Riot Games to find players that switched from CS:GO to VALORANT.ESIC also issued a 2-year ban to former HEROIC coach Nicolai ‘HUNDEN’ Petersen for sharing strategies with opponents ahead of IEM Cologne 2021.

Esports Insider says: With over 40 betting companies being the supporters of ESIC, esports betting is becoming safer every day.

The companies themselves aren’t obliged to do anything so there’s still more room for improvement, but the more companies that join ESIC, the better.