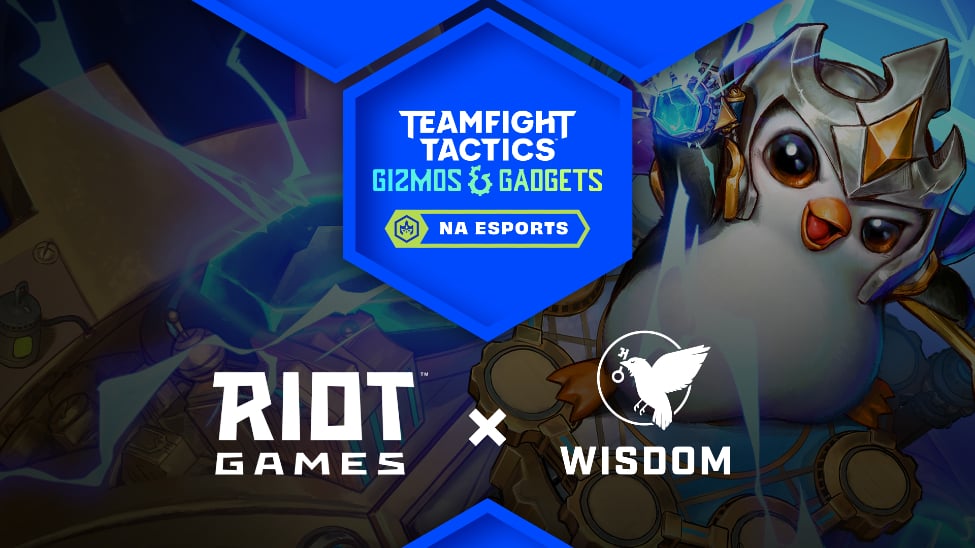 As a result of the renewal, the company will produce and organise the upcoming North American Teamfight Tactics (TFT) circuit.

Alongside organising TFT’s ‘Gizmos & Gadgets’ esports circuit, Wisdom Gaming will act as the host for the circuit by utilising a newly updated website to give players access to tournament rules and community-created content.

Wisdom Gaming will also organise the TFT world championship, which is taking place in 2022.

Jaycie Gluck, Vice President of Media at Wisdom Gaming, spoke on the renewal in a release: “We’re honoured to continue our partnership with Riot Games to bring fans the best experience for competitive Teamfight Tactics in North America.

“Our Giant Slayer brand is ultimately a tribute for the TFT community, having spent the past year producing content that has really resonated with players and fans.We’re excited to introduce our biggest TFT tournaments to date and bring back favourites like the Challenger Series.”

Riot Games and Wisdom Gaming have collaborated on numerous projects including Legends of Runeterra tournaments and the League of Legends: Wild Rift Summoner Series, which ran from July to October.

The Gizmos & Gadgets Mid-Set Finale will take place on February 4th-6th 2022, with players competing for a share of $10,000 (~£7,321) in prize money and the chance to qualify for the North American regional finals.

Esports Insider says: Considering the partnership between Riot and Wisdom has proven successful since its inception, it’s no surprise to see the two parties continue to collaborate into 2022.