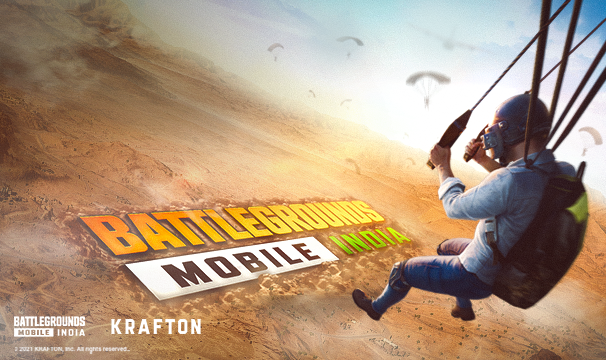 In a bid to regain a foothold in the mobile gaming industry, KRAFTON announced its India-exclusive title Battlegrounds Mobile India earlier this year.

The publisher incurred major losses after the government banned PUBG Mobile, along with several Chinese apps, following escalating political tensions with the country.In less than a year following the ban, KRAFTON did manage to put out a new mobile esports title.

However, tournament organisers, team owners and players were all adversely affected by the game’s absence.It remains to be seen if the arrival of BGMI can restore KRAFTON’s presence in the Indian mobile esports industry.

AFK Gaming , on behalf of Esports Insider, reached out to various stakeholders in the Indian esports ecosystem to discuss PUBG Mobile’s ban, the arrival of BGMI and if the new KRAFTON title can offer reliable revenue generation.

On September 2nd, 2020, the Government of India put out an announcement stating that it would be banning 118 apps and games which included PUBG Mobile and PUBG Mobile Lite.The games were deemed ‘prejudicial to sovereignty and integrity of India’.

All PUBG Mobile services and access to the game itself was cut off in October 2020, sending the game’s community and stakeholders in Indian esports into a state of panic.

The Indian mobile esports ecosystem was built around PUBG Mobile and it commanded a significant share of the overall prize pool given out in India.

The country’s removal from the PUBG Mobile Pro League (PMPL) meant that the event saw a dip of 85 percent in viewership .The second season of PMPL South Asia had a peak viewership of just 42,146 compared to 285,499 in the previous season .

This was mainly a direct result of Indian teams being disallowed to participate in the competition.

How KRAFTON re-established itself in India

In November 2020, PUBG Mobile announced a $100m (£71.84m) investment in India to help create an Indian subsidiary to establish communications and services for its Indian audience.The company announced plans to hire over 100 employees to strengthen its presence in India.

Other key hires were made in February 2021 including YOOZOO Games’ former CEO Anuj Tandon being hired as PUBG Corp’s new head for India, Middle-East, and North Africa.

The continued absence of the game from the Indian esports ecosystem led to teams, such as Fnatic, releasing rosters and rethinking business strategies.PUBG Mobile was instrumental in growing India’s esports ecosystem.

Despite the game’s ban in India, the country’s viewership still contributed 29.2 percent of the hours watched for PUBG Mobile in 2020, according to Esports Charts.

On May 6th, 2021, more than 8 months after the game was banned, KRAFTON officially announced Battlegrounds Mobile India.The game is an India-exclusive that the studio had been working on since the ban of PUBG Mobile.

Can BGMI provide a sustainable platform for mobile esports

Shiva Nandy, the CEO of Skyesports, a tournament organiser in the South Asian region, revealed that PUBG Mobile experienced lower viewership due to the ban.However, VALORANT and other esports titles helped prevent a dip in revenue.

The tournament organiser has faith in BGMI and has already established an esports calendar ready till March 2022.

Skyesports intends to host more regional and grassroots level tournaments and it is currently offering an INR 2,500,000 (£24,000) prize pool for the BGMI event at the Skyesports Championship 3.0.

Nandy commented: “It’s hard to predict the long-term numbers for the game.Thus, we are also focusing on other gaming titles.This diversification of our portfolio of titles also helps the entire esports ecosystem to grow instead of just one game.”

Ishaan Arya is the Co-founder and Head of Business Development at The Esports Club, another tournament organiser in the South Asian region.

Arya believes that it is very important for KRAFTON to play an active role in India.

He revealed: “It’s reassuring to see KRAFTON’s take on it and how they plan to approach the ecosystem in a slightly more controlled manner without hindering third party investments and activities.”

Moreover, Arya is hopeful about BGMI’s future in India.“I think there’s little doubt in anyone’s mind that BGMI will really reinvigorate the esports ecosystem in the region.We’ve already seen glimpses of it with the content creators seeing exponential growth since launch.

“With KRAFTON’s long term vision supported by third party TO’s, sponsors and community-driven initiatives like scrims I think BGMI definitely has the potential to create a vast and thriving esports ecosystem where there’s room for everyone.”

Kuldeep Lather, Founder of Villager Esports, an esports talent management firm and tournament organiser based in India, talked about how the organisation quickly switched gears from mobile esports to PC esports following the ban of PUBG Mobile.

Lather described the ban as a blessing in disguise.He got the opportunity to learn about the business side of esports and revealed that his organisation managed to do more business during the ban than its entire PUBG Mobile 2020 esports calendar.

Lather said: “We are developing engaging and unique seasonal leagues for BGMI which we will reveal in coming months.”

However, he was quick to point out the inflated salaries of BGMI players and how it is affecting the operational costs of esports organisations.He claimed that in some cases, a single BGMI player’s salary is comparable to that of two full rosters for other mobile esports titles in the region.

Lather added: “Third-party organisers are at a point of break-even or are profitable but the Indian esports industry needs heavy investments to boost the ecosystem and as a key stakeholder my aim is to bring more investment to unlock more opportunities for everyone involved.”

During the departure of PUBG Mobile in India, other titles came to the forefront with the Garena Free Fire World Series 2021 breaking all previous viewership records and its Hindi stream raking in over 50m views .

The local Indian language contributed to 22.5 percent of the event’s viewership.

Nevertheless, KRAFTON is looking to solidify BGMI’s presence as an esport from the get-go with the announcement of the Battlegrounds Mobile India Series (BGIS) 2021.The event is set to feature a prize pool of INR 10m (£96,870).The publisher is also open to third-party tournaments and has set up a portal for tournament organisers to register unofficial events for approval.

BGMI’s return indicates strong growth for the Indian esports ecosystem and it is very likely that the massive audience it commands will help bolster the mobile esports scene.However, the game’s absence has laid the foundations for titles such as Free Fire, Call of Duty: Mobile and VALORANT to thrive.

BGIS will be the perfect litmus test for the title and time will soon tell whether BGMI can reclaim its throne as the go to gaming title in South Asia.

Find out more about ESI London

This story is written in collaboration with https://afkgaming.com/ .It is an India-based esports media and content company that aims to provide quality and consistent coverage about teams, players, tournaments, and competitive video games with a primary focus on the Asian region..