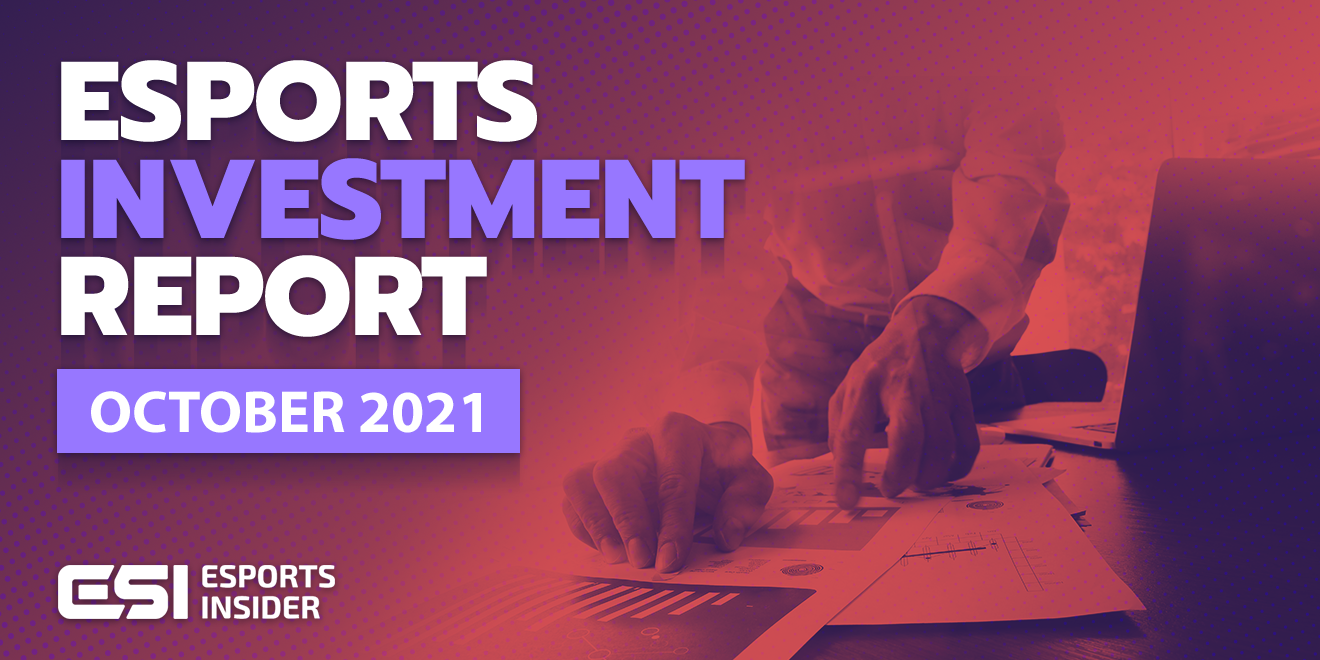 Ranging from tournament organisers to esports organisations, October saw a variety of entities within the esport space announce significant investments and acquisitions.

As such, Esports Insider has compiled a list of last month’s key investment stories.To read more about a story below, click the link in the corresponding title.

This month’s investment report is in partnership with ESI London , Esports Insider’s ultimate industry showcase which is set to take place on November 8th-9th.

With regards to investment news, the business conference features panels such as the ‘2020/21 Esports Investment Recap’ as well as a look back at previous winners of ESI’s investment pitch competition, The Clutch.

Tickets for the event are still available here .

[FaZe Clan goes public, to be listed on NASDAQ]

If the merger is successful, the company will become a publicly listed company on NASDAQ in the following months.The transaction implies the valuation of the company is in excess of $1B (~£726.2m), thus making FaZe the first ‘esports unicorn’ — or a company worth more than a billion dollars.

Kanga will join Riot’s Global Digital Esports group where it will focus on developing digital fandom features and experiences.Financial details of the acquisition have not been revealed.

Alongside the announcement, the two companies also revealed the release of a 100 Thieves themed Higround keyboard, the first in a series of collaborations.

Details regarding financial figures of the purchase have not been disclosed.

BITKRAFT Ventures, a global early and mid-stage investment platform for esports and gaming, has launched a $75m (~£55m) Token Fund for blockchain investments within the sectors.

According to the release, the fund will focus on investments that impact the gaming and digital entertainment ecosystems.

According to the release, Vettori joins the organisation on account of his ‘great relationship with the club and its administration’.Financial figures of the investment have not been revealed.

Esports technology startup Champria has announced a $1m pre-seed round led by Kickstart Fund, a venture capital fund from the United States.

Aside from Kickstart Fund, the round also included the New Mexico Arrowhead Innovation Fund, Gokul Rajaram, David Carrico, and a number of other angel investors.

Founded in 2020, Champria focuses on a set of technologies to help players find teams and improve their skills.

GN Store Nord will pay 8bn Danish Krone (~£915.18m) for SteelSeries, with the acquisition expected to close at the beginning of 2022.As of this writing, the transaction is still subject to approval.

As a result, Coda Payments will expand its existing portfolio of gaming products.This includes the provider’s esports tournament platform Codashop Global Series (CGS).Financial details of the acquisition were not disclosed