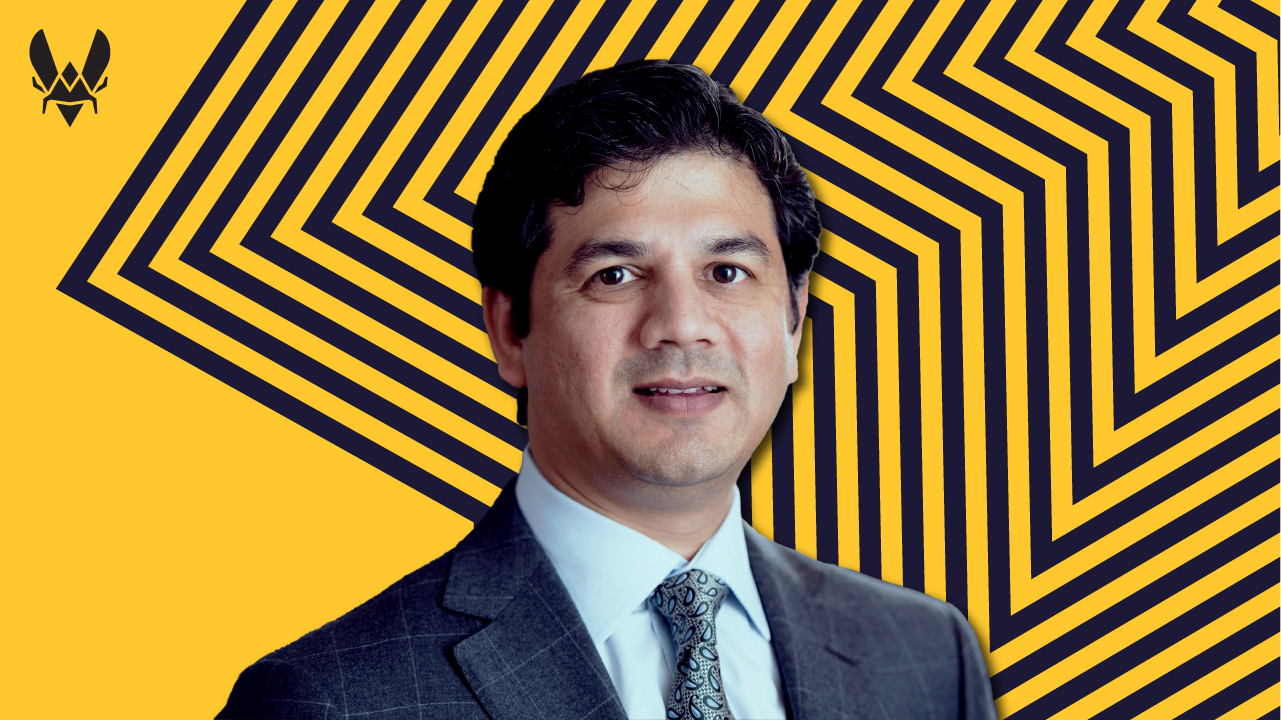 Despite a laid-back six months after PUBG Mobile’s ban in India, the country’s esports circuit is gradually returning to its former glory following the launch of Battlegrounds Mobile India.

While titles such as VALORANT, Free Fire, and Call of Duty: Mobile have seen a spike in popularity, BGMI’s reputation in the region is still unmatched.However, the ban on PUBG Mobile has certainly slowed down growth, with big names like Fnatic choosing to cease operations in the region.

Despite this, Fnatic has vowed to reevaluate and re-enter the Indian esports scene when the time is right, reassuring fans that it is in it for the long run.TSM FTX also continues to be a dominant force in the region with rosters in both BGMI and Free Fire.

French esports organisation Team Vitality entered the market after the PUBG Mobile ban.As a result, the organisation had to access and understand the ecosystem without its most popular game.

AFK Gaming , on behalf of Esports Insider, sat down with Amit Jain, the CEO of Team Vitality’s parent entity Rewired .gg, to understand what he makes of the region and why the esports organisation decided to expand into India.

Why India is a key part of Team Vitality’s strategy

Having invested close to €34m (~£29.4m) in the organisation, Rewired has allowed Team Vitality to become a much more global brand.Currently fielding rosters in over 10 titles, Team Vitality stated its interest in expanding into the Chinese and Indian markets back in November 2019 during its €14m (~£12.1m) fundraise round.

Nearly a year later, the organisation formalised its arrival in the subcontinent, having picked up four content creators to represent the brand in the region.

In March 2021, it picked up its first competitive roster from the region, choosing to become one of the first ‘major’ organisations to be involved in Call of Duty: Mobile.Jain explains that the large population of India alone was a big draw for the organisation.

“It’s a big market with a growing economy and we foresee India to have a big market share in the gaming and esports industry,” he said.

Jain’s Indian background and roots made it an even easier decision with Team Vitality aiming to be one of the early names to try and expand into the region.Unlike globally established names like Cloud 9 or Fnatic, Vitality has always been thought of as a French and European organisation with limited presence elsewhere.

When asked about whether this made expanding difficult, Jain explained that from the Indian perspective, it’s just any other Western organisation.

Jain added: “It comes down to strategy – How you penetrate the market, how you capture the audience, how do you relate to the local audience.” However, he is also mindful of the organisation’s French heritage, which he says has had an important role to play in its value system.

“Esports is our core focus”

Team Vitality has shown a keen interest in working with Indian content creators to maximise its regional penetration and make relationships with fans and brands alike as an Indian organisation.

That said, the core focus of the organisation has always remained within the esports space.However, plans took a severe hit after PUBG Mobile got banned in India.Jain commented: “The PUBG ban has impacted us more than COVID to be very honest, because that was the title around which we created our whole strategy for India, including starting off with some of the content creators and influencers.”

Nevertheless, the organisation managed to adapt to the changing dynamics of the Indian market and now features one of the region’s best Call of Duty: Mobile rosters.

When asked about the challenges Western organisations face while entering the market, Jain said: “Most of the Western esports is all-around PC or console gaming.PC has been the dominant platform, whereas most of Asia and Southeast Asia are mobile-centric.So, that itself is a big difference to start with.

“Even in mobile, the quality of mobile devices also plays a role.

For example, if we consider PUBG Mobile versus Call of Duty Mobile, both games have certain mobile specifications.”

Jain further dwelled on the fact that esports is still not considered a viable career option in India, and a lack of infrastructure and money makes it even more difficult for foreign organisations.This is something organisations like Team Vitality are adapting to in order to make a sustainable future.

“Apart from just competitive gaming, streaming, and brand endorsements, there are multiple other areas where we can generate a huge chunk of revenue.

That is why we have strategised to create awareness from the grassroots level instead of just building a star-studded professional team,” shared Jain.

Via these campaigns, Team Vitality aims to change the mindset of Indian households towards esports, which has been one of the major obstacles against the growth of the community.

Following TSM and Fnatic, Vitality is the third international top-tier organisation that set foot on the Indian esports landscape.Jain thinks that being one of the early movers in the market certainly provides ‘direct recognition’.However, he also iterated how it all comes down to the team’s performance and how well the organisation does when representing the brand.

Jain explained: “We do have a French heritage and what we learned over the years, we are looking to pass that knowledge to India, the gaming community, and our players.”

Localising, understanding the culture and religion, learning about different demographics, and hiring people in these regions have been very important key steps when setting foot in any regional market.“If you need to conquer India, then you need to think like India, you need to understand Indians very well,” Jain said.

Vitality is working with a variety of sponsors among which only a limited number of companies have operations or a brand presence in India.As such, Jain believes going forward that there will be a mix of both local and global partnerships from Team Vitality.

He explained: “Our global partners who don’t have a presence in India would like to enter the market with us.Simultaneously, we are in advanced stages of talking to various Indian brands as well, who are very keen to work with us and create complete new strategies for them in India, around esports and the gaming community.”

Over the years, Team Vitality has built its core fanbase around PC esports titles, which often makes picking up mobile rosters a hit or miss experience.Jain said: “We felt that concern ourselves as well and there was a debate internally.

The major issue was Vitality being a very serious esports company versus coming to India with more casual gaming-related brands in esports where gaming is still largely recreational.”

He continued: “I think in the long run if we continue to perform well in India and maintain our philosophy of winning and delivering top-notch performance along with quality fan entertainment, Vitality will stay connected with the fans.”

Jain also iterated that PC and Mobile spaces have different fan bases as well, so if there is some backlash in the initial stages, it will not become a major concern in the long run.

As of now, Vitality is planning to continue increasing its brand awareness through its content creators.The organisation announced its Call of Duty: Mobile roster in March 2021, which consisted of the former players from S8UL, one of the top domestic esports organisations.The roster displayed some impressive results in A-tier tournaments, the most illuminating among them is a second-place finish in the Call of Duty Mobile World Championship 2021 – South Asia & Middle East.

The organisation also has long-term goals which include aiding the overall growth of Indian esports.“We want to make Vitality a brand that Indians love, Indians connect to, and which can contribute to developing the gaming or esports ecosystem in the country,” concluded Jain.

This story is written in collaboration with https://afkgaming.com/ .

It is an India-based esports media and content company that aims to provide quality and consistent coverage about teams, players, tournaments and competitive video games with a primary focus on the Asian region..