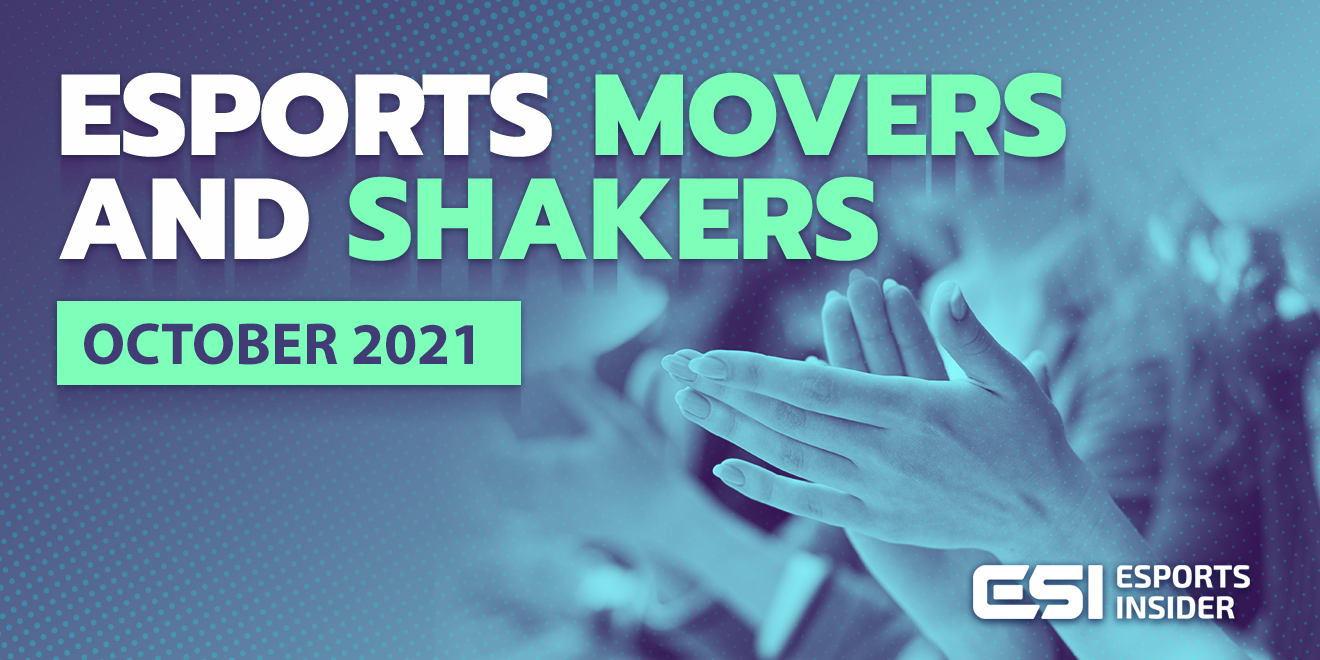 Each month, ESI compiles the period’s most significant esports movers and shakers.October’s round-up features personnel changes from the likes of Team Vitality , Riot Games , Fnatic, CLG and Complexity Gaming , among others.

Here are the key esports movers and shakers from October 2021.To read more about a story below, click the link in the corresponding title.

Talent management and brand consulting company RTS has officially launched with one of its co-founders being revealed as streamer Imane ‘Pokimane’ Anys.

As well as being the consultancy’s co-founder, Anys will serve as the RTS’s Chief Creative Officer.According to the release, RTS’s goal is to ‘fix what is broken’ when it comes to talent management and brand partnerships in the gaming and esports industry.

French esports organisation Team Vitality has appointed Duy Nguyen, formerly of AS Monaco, as its new Head of Business Development.

Nguyen will be tasked with building relationships with the organisation’s partners, alongside growing Team Vitality’s revenue.Nguyen comes from a varied traditional sports background, spanning across football and basketball at the highest national and international levels..