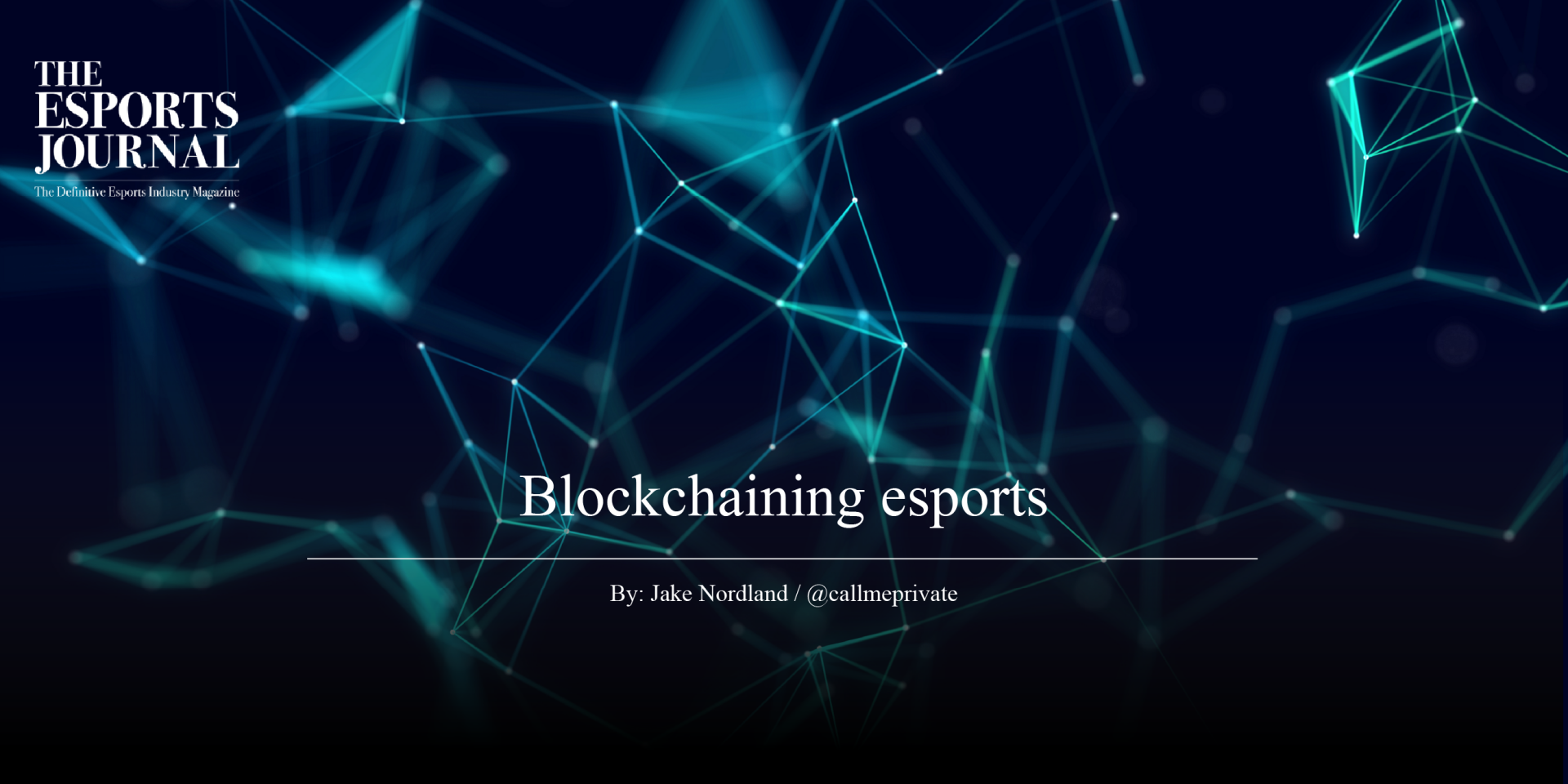 So symbiotic is the relationship becoming between blockchain and esports that it is now almost a daily staple for a blockchain-related partnership to grace the homepage of Esports Insider, The Esports Journal’s sister site.

The blockchain industry — which shares a natural resonance with esports as a high-growth, digital-native sector — has been seeping into the esports space for a while.However, 2021 has ushered in an unprecedented acceleration.

FTX landed an additional seven-year sponsorship deal with the LEC; Astralis and NaVi inked partnerships with cryptocurrency exchange Bybit; and BIG partnered with Coinbase, one of the biggest names in crypto trading — all in August alone.

Cue September, and Fnatic announced a $15 million (~£11 million) 5-year partnership with Crypto.com, a platform which has commercial partnerships in place with sporting heavyweights including the UFC, PSG and F1.

The rush to emblematize the esports industry with the names and brands of these burgeoning blockchain behemoths has brought a financial boon to many in the space.However, sponsorships are just the tip of the iceberg.The blockchain-isation of esports is offering far more fundamental innovations.

RELATED: Bridging opposing schools of thought on NFTs in esports

NFTs have truly taken 2021 by storm, a storm esports has weathered with opportunistic enthusiasm.NFTs, or non-fungible tokens, are provably unique digital assets stored and verified on a blockchain.

NFTs are generating a new revenue stream for esports organisations, tournament organisers, and other esports stakeholders.Since January 2021, OG Esports has auctioned off three rounds of digital artwork NFTs, which together grossed almost $1 million (~£730,000), according to Dexerto .

NFTs offer a new, authentic way of monetizing esports’ young, tech-savvy audience.But this is just the start of the value they offer in esports, claims Jon Werthen Jr., Co-Founder of ARterra.ARterra is an NFT platform focused on the esports sector.

It lets teams, leagues and content creators mint NFTs with an eye to fan engagement.

“Esports has a ton of engagement, but we realized that the monetisation methods are honestly quite archaic,” Werthen explained.“The way streams make money is by slapping down a banner on the bottom of the stream while they’re playing.

To us that’s a lot of passive eye traffic, which is not great for sponsors.

“So we started talking to some of these brands doing sponsorships, and asked them what if we did co-branded [NFT] collectibles.Instead of that sponsorship lasting the length of the stream and then it’s gone, these co-branded collectibles could last a lifetime — and it would stay in the fans’ digital wallet.

Now, as a fan … I have something that’s of value, something I can trade and be rewarded for my fandom.”

When fans purchase NFTs — unlike many traditional products like merch — they’re buying something that can retain, or even increase, its value and be traded on an open market.That added financial incentive, Werthen said, gets fans more engaged and more invested in the success of their favourite teams and streamers.

NFTs help drive sponsorship engagement, but more importantly, they keep fans inside a brand’s ecosystem.The best way to retain fans, Werthen explained, is to make sure they’re bought in.

To read the rest of this piece, go to The Esports Journal Edition 9, page 25.