HomeEsportsJohn Needham promoted to President of Esports at Riot Games 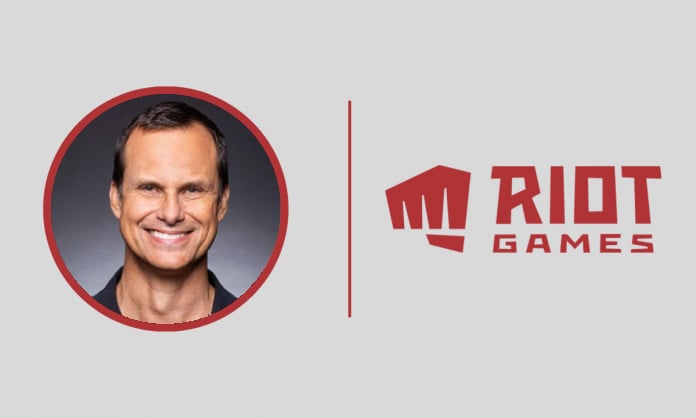 John Needham promoted to President of Esports at Riot Games

Game developer Riot Games announced today that the former Global Head of Esports, John Needham, has been promoted to the newly created role of President, Esports.

In his new role, Needham will lead the company’s esports division, which unifies all of Riot’s esports titles and operations.

According to the release, Needham will now oversee all of Riot Games’s global esports efforts, including its esports leagues, teams and players within those leagues, and multiple high-profile esports events each year.

Moreover, the promotion elevates Needham to a senior executive within the company.He will be reporting directly to Riot Games’s CEO Nicolo Laurent.

Laurent spoke on the announcement in a release: “As we head into 2022, we’re placing our biggest bets yet on esports to deliver the most connected, immersive experiences for the millions of players worldwide who love our games.

“John Needham’s leadership and vision for our esports business have helped us grow our fandom exponentially over the past few years.It’s why I’m excited to formalize a major division at Riot Games , with John reporting directly into me, to support and drive our big, bold swings that make it even better to be a player.”

During his time in this position, he led the rebranding of the LEC, which included the move to a long-term partnership model with 10 teams, according to the release.

Prior to joining Riot, Needham served as Partner at Microsoft where he reportedly worked on Hololens experiences, 3DCreation, Microsoft Casual Games and Age of Empires.

Needham commented on his promotion: “Riot Games has led the explosive growth of esports over the past decade, and I’m proud to be part of the team charged with establishing our portfolio as a foundation for the future of sports.Esports embodies Riot’s mission to inspire the most meaningful and lasting player experiences.

“By further professionalizing our sports, innovating and focusing on sustainability and competitive integrity, and making esports at Riot Games inclusive to all, we will thrive together with new and existing fans.We also will create additional value for our partners and plan to set the highest player-driven standards for competitive gaming well into the next decade.”

As one of the first steps in his new role, Needham has established a new Riot Games esports structure, which supposedly features a combination of traditional sports leagues and governing bodies and Riot Games’s company-wide goal to ‘innovate around and ultimately define the future of gaming’.

Esports Insider says: Thanks to his previous experience and involvement in Riot’s esports operations, John Needham seems to be a good fit for the new position of President of Esports.

The game developer has recently boosted its team of executives with multiple hires and promotions, so it will be interesting to see how this new, upgraded team will help advance the company’s endeavours.