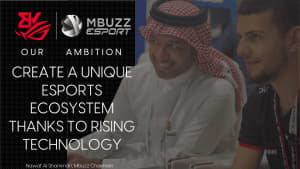 Saudi tech group MBUZZ has provided details about the partnership recently announced between its affiliate MBUZZ SPORT and French esports organisation BK ROG.According to the release, both entities will collaborate to deliver a wide range of esports programmes for 2022 and beyond in the MENA region and internationally.Some of the activations mentioned include delivering gaming technology initiatives, esports tournaments and events.RELATED: Galaxy Racer announces $100,000 esports event following Pakistan expansion MBUZZ SPORT will launch its own dedicated esports division as a result of the ….