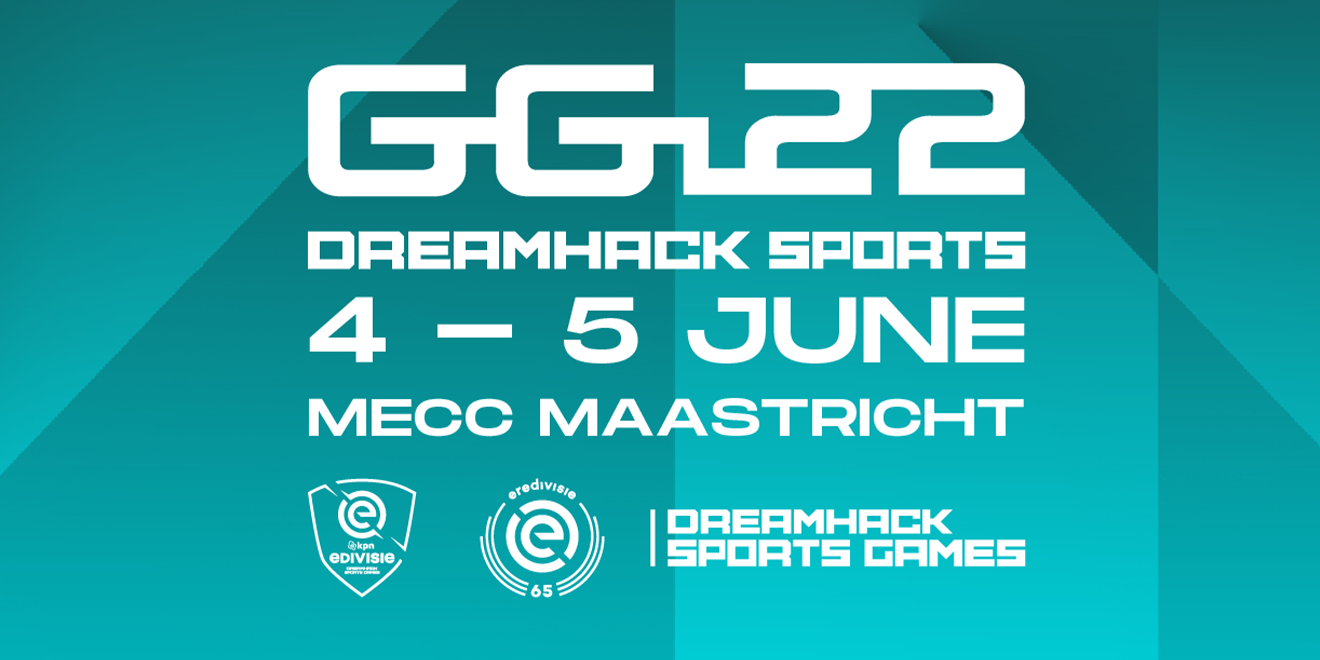 The festival, called GG22 for short, will be hosted by international event space MECC Maastricht and aims to combine sports games, esports, and family-friendly festivities.GG22 is set to debut June 4th-5th, 2022.

“Situated in the dangling tail of The Netherlands, Maastricht’s proximity between Belgium and Germany invites the neighbouring countries to also participate,” Schonis said.According to the release, GG22 plans to be the largest sports gaming festival in Europe; aiming to host up to 10,000 visitors.

The event was first hinted at during the KPN eDivisie Season 5 announcement .The location of the league’s finals was teased to be held at a yet-to-be revealed ‘massive gaming festival’ during June 2022.

Outside of the KPN eDivisie finals, the programme will feature live on-stage entertainment, an Expo Area, a LAN zone, and multiple areas for console gaming and sports simulators.The festival will also have areas for traditional sports and ‘active gaming’ — physical activities enhanced with technology, such as interactive wall ball.

“Filled with lots of different sports games-related activities,” Schonis said, “the concept is focused on treating teammates, opponents and other visitors respectfully.With this in mind, we feel the ‘GG’ concept is in the DNA of our event.”

Aimed at Gen Z and Millenials interested in gaming, physical fitness, and competition; the festival will provide an opportunity to not only resonate with the KPN eDivisie’s audience but bring together other sports and gaming fans to interact in a shared festival environment.

Eredivisie — the top-level Dutch football league the KPN eDivisie is based on — and other traditional sports, give fans the opportunity to attend matches.

However, given the digital nature of esports, with some currently without physical events, a tangible connection between fans and league can be difficult to foster.

The GG22 festival is an opportunity for DHSG to build a deeper relationship with the community and engage its fans with a sports, esports and gaming experience

No sponsors have been named at the time of the announcement, but Schonis assured that there are multiple business opportunities available for the festival — from marketplace stands to event partnerships.

“We want to bring both the sporting world and the sports gaming world together, cross-pollinating the massive fan base of the traditional sports with the agile and young demographic of sports gamers.Together with our long term partner Eredivisie and the amazingly newly renovated MECC Maastricht, we foresee GG DreamHack Sports to be a benchmark for all sports gaming festivals around the world.”

Marc Rondagh, Business Development Manager Eredivisie CV, added: “As Eredivisie, we always try to move forward with the KPN eDivisie.We have done this since the start of the KPN eDivisie in 2017, as well when we started our collaboration with DreamHack Sports Games in 2019 and we will do so next summer with a real two-day gaming festival in Maastricht.

“For us, this completes the circle.What started as a promotional tool towards young people for the Eredivisie, has resulted in nothing less than a festival where both worlds will meet each other.”

Esports Insider says: GG22 is an interesting take on hybrid and cross-over events.There have been attempts in the past at bridging gaming with other entertainment in festival form, such as Insomniac’s on-hiatus PLAY festival .

GG22 is a curious deconstruction of the ‘esports’ concept by offering gaming and traditional sports under the same roof, which will likely increase awareness of the scene and offer common ground between sports and esports fans.

It will be especially interesting to see how the event’s location will come into play for attendance.