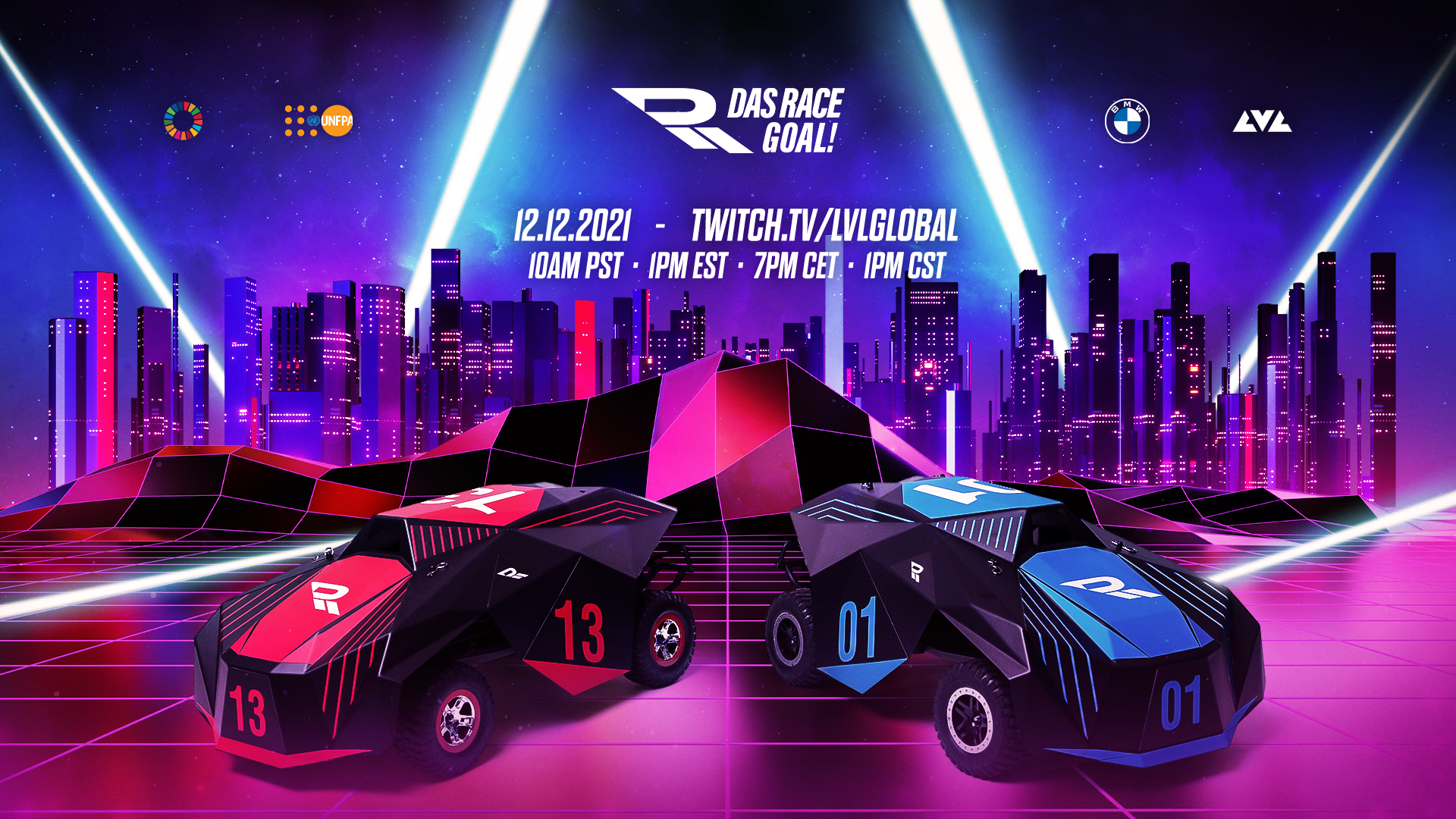 Berlin-based gaming brand LVL has announced Das Race Goal, an entertainment and social platform that combines the physical aspects of football and remote-controlled racing with gaming.

The inaugural event, scheduled for December 12th, will support the United Nations Population Fund (UNFPA) to raise awareness and finances for its Skills For Life programmes.

Das Race Goal will take place at the BMW Welt, which is located just outside the automotive marque’s headquarters in Munich.The tournament will feature a range of personalities from esports organisations that are a part of BMW’s ‘United in Rivalry’ initiative.As such, personalities from Cloud 9 , Fnatic and OG Esports will compete using remote-controlled cars to score goals and collect powerups.

Dorian Gorr, Managing Director of Veritas, spoke on the project: “We’ve seen in the past how much the global gaming community can achieve when we work together.Combining a unique entertaining real-life video game with an amazing cause is something that truly excites us and will definitely resonate with the gaming community.”

Das Race Goal has been created to align with the UN’s 2030 Sustainable Development Goals.The event is the first in a joint project to raise funds for programmes that support young people in the Caribbean and Latin America.

Das Race Goal has also announced a partnership with The Mic Sessions, a group-based creative development format, for the event.According to the release, Mic Sessions’ structure follows a group of artists sitting together sharing pieces of art and creating a dialogue about various themes.For Das Race Goal, the curated session will include songs and dialogue topics that align with UNFPA Skills For Life.

Thomas Fellger, icon Group CEO and Founding Partner, added: “This event that combines the digital and physical worlds is not just a one-time opportunity, but a longer-term partnership that has the potential to integrate social impact actions, backed by wide-ranging partnerships and collective commitment to address the needs, build the agency and advance the rights of people in all their diversity around the world aligned with the United Nations 2030 Agenda for Sustainable Development.”

Esports Insider says: Das Race Goal shows how esports and gaming elements can be used for great causes that support people from across the world.

In addition, having BMW involved in the event is a smart strategy, especially alongside the company’s ‘United in Rivalry’ initiative.