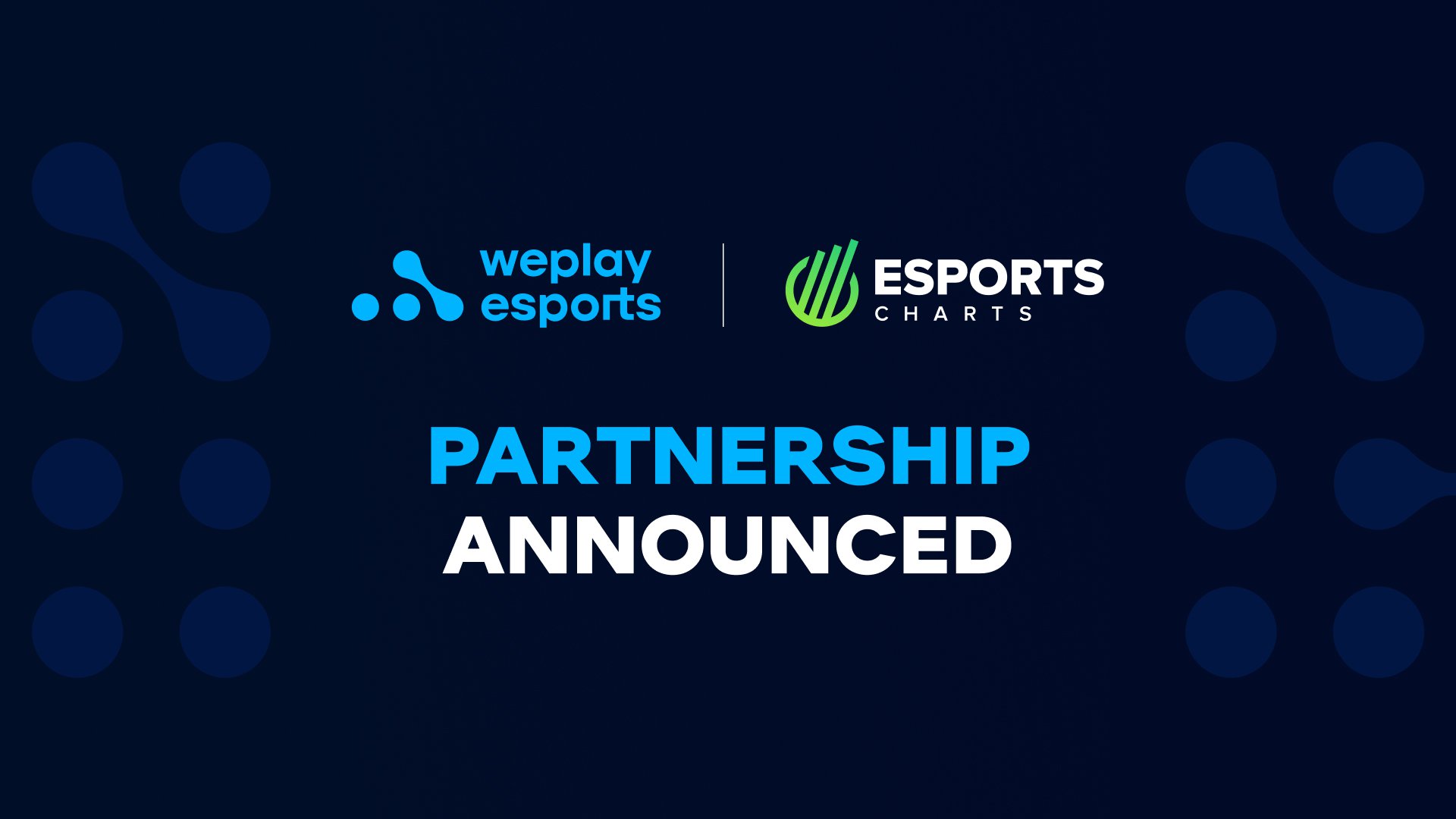 According to a release, the two companies will collaborate on joint product development.Moreover, WePlay will be provided audience analytics services by Esports Charts.The agreement will last until the end of 2022.

Esports Charts and WePlay Holding first agreed on a partnership in 2019, with the former providing its services to WePlay Esports’ tournaments over the last two years.Some of the tournaments mentioned include the WePlay Academy League and WePlay AniMajor.

Rostyslav Salata, Head of Product at WePlay Esports , added: “We’re aiming to develop the companies into two directions.The first is a new approach to collecting, analysing, and interpreting data about the audience of not only esports but digital sports in general.

“The second direction is the creation of technological products for a global audience of content creators and distributors.

We are glad to be working to achieve these goals together with Esports Charts.”

Esports Charts has provided data and esports analytics to a number of teams and tournaments in 2021.After partnering with Ninjas in Pyjamas last year, the analytics company has teamed up with Flashpoint , Tundra Esports , and MOONTON Gaming in 2021.Esports Charts explained that the company is focused on creating products that better show what viewers like to watch and how to keep their attention.

Artyom Odintsov, CEO of Esports Charts, added: “Our partnership with WePlay Holding during the WePlay AniMajor live streams has helped develop a competitive spirit not only among the players but also among the viewers.

Esports Charts does not stop there and continues to help organisers achieve their business goals.“

Esports Insider says: A good partnership should always be renewed and that’s what has happened here.Esports Charts will continue to provide analytics and data for WePlay Esports’ events as the media company aims to increase its presence in Europe and the rest of the world in 2022.