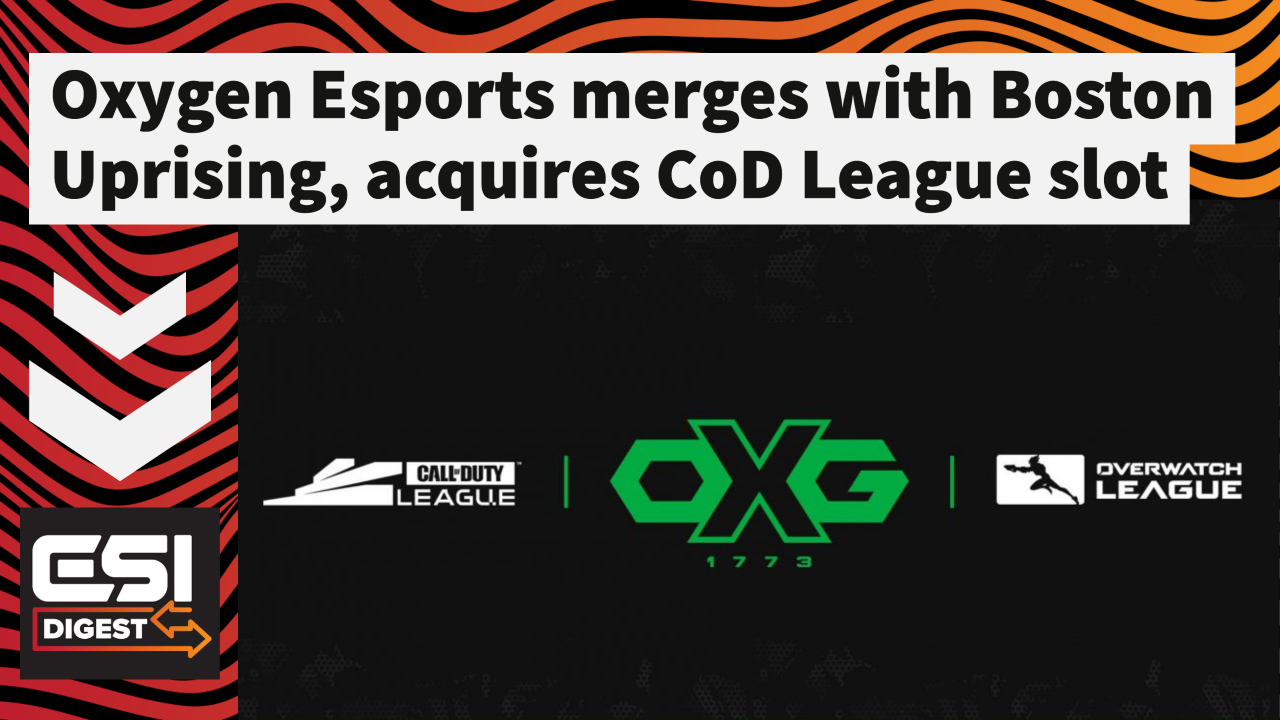 Each week, ESI Digest breaks down the weekly happenings in the esports industry, making sense of things so you don’t have to.As well as being housed on YouTube, ESI Digest is available on all major podcast platforms and is also available in written form below.

Filling a spot left vacant after OpTic Gaming’s merger with Envy Gaming, Oxygen Esports’ franchise team will be based in Boston.Information regarding the team’s name and branding has not been revealed.

The decision comes after Chris Park, the organisation’s previous CEO, announced he would be moving into an advisory role.

Quadrant, a UK-based gaming and lifestyle brand launched by Formula One driver Lando Norris, has announced its first foray into esports by entering into Halo.

Having spent its first year focusing on building the brand through content creation, Quadrant has signed a roster that will compete at the Halo Championship Series: Kickoff Major in Raleigh which takes place on December 17th-19th.

According to a release, the tournament will feature up to 10 women-led Southeast Asia teams.The event will take place from January 27th – 30th and includes a combined prize pool of $15,000 (~£11,300).

ESI Digest is part of the ESI Podcast Network, a collection of podcasts encompassing the esports industry.For deep dives into the major areas of esports with subject matter experts, check out ESI Focus .For conversations with key personnel and major stakeholders in esports, ESI Insight is the series for you..