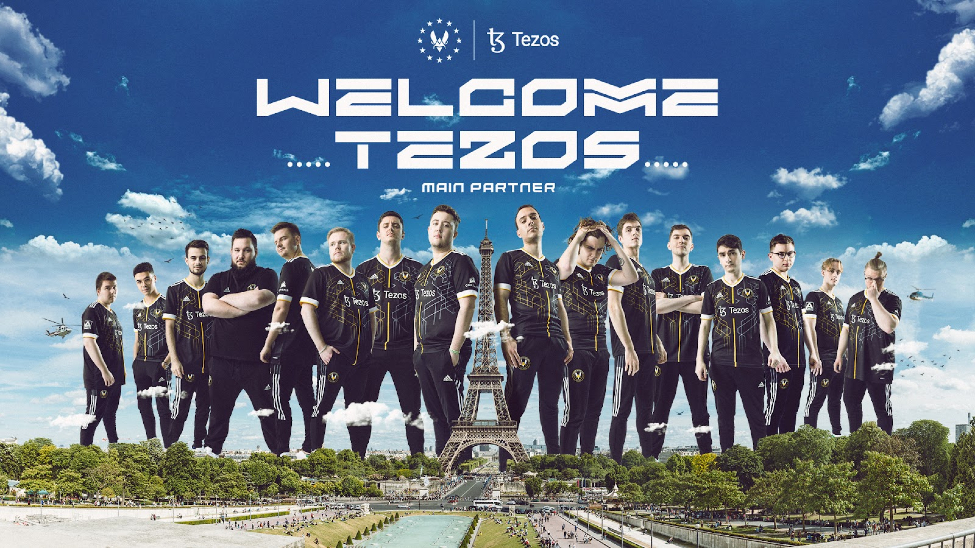 French Team Vitality has announced it has entered a partnership with blockchain network Tezos .

The multi-year deal will see the network become the main technical partner of the organisation.

According to a release, the collaboration is said to give supporters of the organisation “unprecedented access to their favourite teams” through new fan experiences that will also reward and educate fans on blockchain and its benefits.Details on the fan experience were not disclosed.

Nicolas Maurer, CEO of Team Vitality , commented on the deal: “This is truly a game-changing partnership for Vitality, which feels appropriate given 2022 is set to be the biggest year in our history.The opportunities Tezos can bring to strengthen the relationship between us and our fans is incredibly exciting, and we’re immensely proud to have Tezos join us on this journey.”

Tezos joins the likes of gaming peripherals brand CORSAIR , supermarket chain ALDI , and sportswear brand Adidas on Team Vitality’s partnership roster.For the blockchain network, this partnership isn’t its first foray into esports.In June 2021, it joined forces with McLaren Racing in a partnership that includes support for its simulation racing division.

Mason Edwards, Chief of Staff at Tezos Foundation, also commented: “This is a significant step forward for Europe’s leading esports team as the blockchain and gaming industries continue to build a fan and player-centric future for esports.

“The decision from Team Vitality to choose the energy-efficient Tezos blockchain as a technical partner is another signal to the established and growing gaming vertical that low gas fees, forkless upgradability, and ease-of-use are the key factors driving the next wave of adoption for blockchain technologies.”

Tezos joining forces with Team Vitality is another example of cross-pollination between the blockchain and esports industries.The partnership is likely to open new revenue streams for the organisation, alongside giving fans more opportunities to interact with its players through new initiatives.